This is the time of year when children all over the United States dress up in cute or scary costumes and travel from house to house in search of tricks or treats, but mostly for treats. But the scariest part of Halloween is what is inside those bags of treats.

United States consumers will spend nearly $7 billion on Halloween celebrations this year and about a third of that will be spent on candy. Do the math, that is over $2.5 billion spent on candy alone.

In a nutshell, this means there will be a whole lot of children eating Candy Corn, Butterfingers and M&Ms. It also means you might be visiting your Torrance dental clinic with a child who is suffering a cavity. Unless, of course, you follow some simple rules. 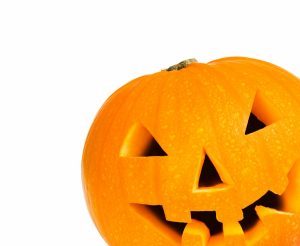 The stickier the candy, the worse it is for your teeth. Sticky candy tends to stick in cracks and crevices and remains even after brushing and flossing. So you might want to sneak those Tootsie Rolls from the treat bag.

Hard candies like suckers and jawbreakers can be crunched into the teeth and can actually cause a hairline fracture in the tooth enamel. So you might want to sneak these out of the goodie bag as well.

From a dental standpoint, you need to monitor your child’s Halloween goody intake. For example, instead of letting them eat one piece of candy several times throughout the day, it is better if you have them eat two or three at once followed by a brushing and flossing session. And try not to let your child sneak candy throughout the day. Once the Halloween booty has been depleted, bring your child to the dentist office for a cleaning.

Since Halloween is just around the corner, here are a few interesting facts: 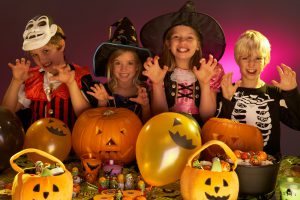